During the mid- to late-years of the ’60s—while older neighbor kids on our block were getting drafted to fight in the Vietnam War, and demonstrators were marching at Northwestern University and hippies were smoking pot on the steps of the Art Institute and free-love enthusiasts were making big bucks in the original Playboy Mansion across State Stret, while racial tensions grew on the west side of Chicago and shadows lengthened inside my own home—while all that was going on any given Saturday, I was at the matinee at the Varsity Theater in Evanston.

All of that fermenting, fomenting chaos outside the plush red lobby of the Valencia was like rumbles of summer thunderstorms, buffered, as they had always been since the 1920’s, by the gilt interior of a movie palace built for great escapes.

As much as I might have been enthralled with that afternoon’s double-bill—a cornocopeia of cornball  Disney comedies, Hammer horror and main bill second-runs— what lay ahead was always more engaging to me than whatever was up on the big screen that day. Loading up on Chicklits and soda at the massive concession stand in the Valencia lobby, my eye always strayed to the lobby cards announcing coming attractions, imagining how much better those films would surely be.

Smaller than the 22”x28” main poster sheet,—usually they were 11”x14”—lobby cards came in sets of 8 (sometimes up to 16 for the biggest-budget productions) and offered the glimpses of the best scenes . (Some might have said that was false advertising for a less-than-average movie, but who was I to quibble? I was a dumb kid.)

Lobby cards promoting upcoming movies in the lobby of the Allenby Cinema in Toronto, 1936

The cards were printed in brilliant (usually lurid) colors on the brightest-white stock. Artwork bordering the images were hand-tinted using emerging print processes like photogelatin and heliotype.

Big studio weight was behind the production of these lobby cards, with execs and stars involved in their production throughout. And some great illustrators were brought in for the job—Norman Rockwell and Dan Sayre Groesbeck, George Petty and Vargas, Frank Frazetta and Peter Max.

But as movie theaters began fading from the cultural landscape, the great art of lobby cards came to an end in 1985 when the National Screen Service ceased printing most posters and lobby cards. Inventory that had been stored in its warehouses got into the hands of individual collectors, and film posters and cards became quite collectible. (The highest price for a single poster if $690,000 for a copy of Fritz Lang’s 1927 Metropolis.)

If you’re a sucker for these things as I am, there are also some great online resources. Turner Classic Movies has a great lobby card collection, and I found a Tumblr site that collects them too. Many of the ones appearing on this post are from those sources.

Now we can only imagine backward, and try to sense the wonder of some sugar-jacked theater-goer sipping on a Coke and reading lobby cards while waiting for the second feature to begin … 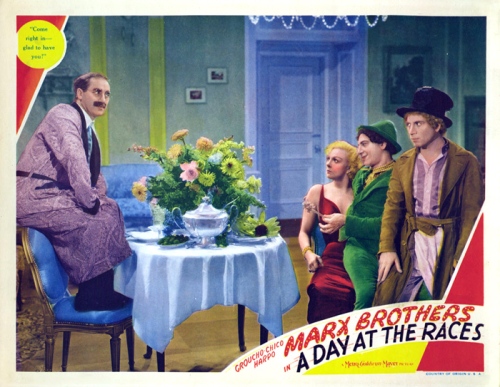 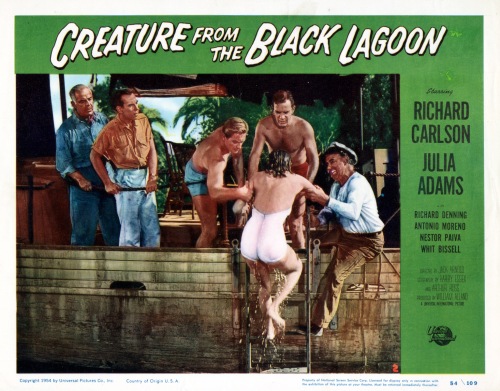 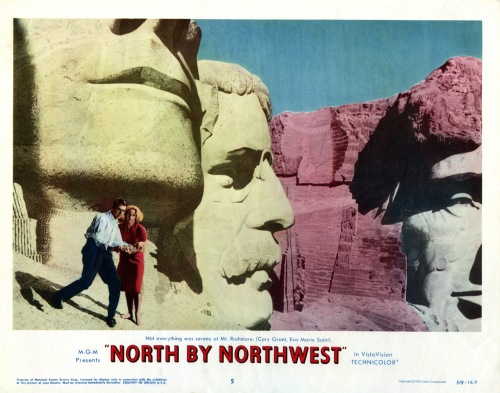 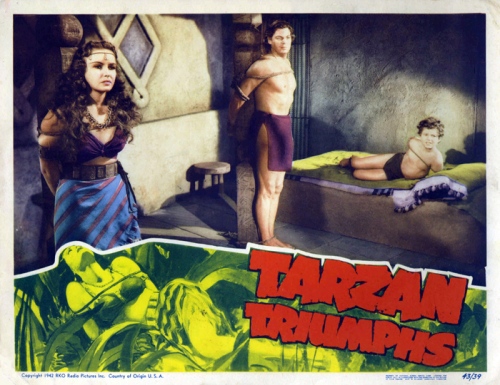 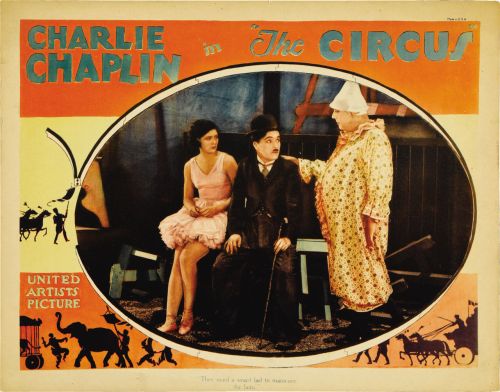 Ed Vebell illustration to “Loneliness is Dangerous,” a story by Harry Coren. Cutline: “Alone in the midsts of millions, the girl, who longed to talk to someone, stood on her fire escape as the voices of others, enjoying the companionship denied her, drifted up through the night.” Sunday Mirror Magazine, August 14, 1955.

We’ve kept up a ReMIND Tumblr blog called Funnster since early 2012. It’s a great place to share a lot of the cool images we’ve pulled out of our archives, and there are some really hip people at Tumblr who have been doing the same for a lot longer.

In Tumblr, visitors can either Like or Repost one of your images; the two options are both tallied in the Notes count. There’s definitely a popularity pecking order–images of Marilyn Monroe or Elizabeth Taylor get passed around like hot tomatoes, as do rare images like candids from movie sets.

This magazine cover of Elizabeth Taylor from a Sunday Mirror Magazine cover from Dec. 31, 1950, was posted a few weeks ago and has so far received 458 notes: 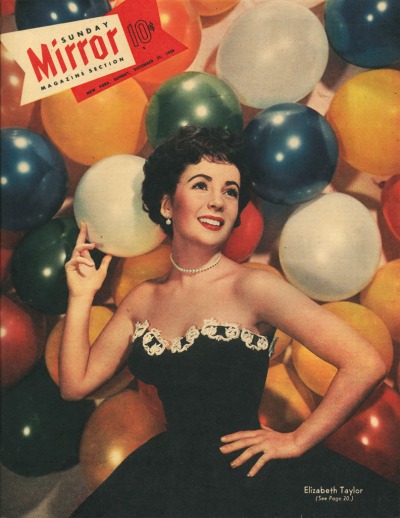 Frequently we’ll post a scan of a magazine illustration from the 1950s from our archives, and some folks seem to like them. This one posted last April has received 244 notes:

Illustration by Victor Guise for true crime article, “Clue At The Ringside” — “The Young Boxer Handily Beat HIs Opponent, Only to Find His Profession Had Led Police to Him,” Sunday Mirror Magazine, Feb. 25, 1951.

Tumblr is a social medium that is awash in oceans of images, so it’s not surprising that stuff that you might think would be popular gets missed, like this one:

Total notes for a vintage and what I would think rare Marilyn:  Five.

(For a peek at pix from the inside spread, click here.)

So last September I posted the Ed Vebell illustration that leads this post, and it got hardly a flicker of attention, maybe 10 or 15 notes. Then last Wednesday, something weird happened. I started seeing notifications of activity (likes or re-posts) of that image again and again. By day’s end there were over 1,000 notes.

What is it about one image that catches the social wave? I’ve posted many others like it. It’s not especially artful (I scanned from newsprint archives in this case, where in others I have the original artboard).

Tumblr seems most popular with young women. Maybe there’s something in the vibe of retro ennui that is archetypal.  You know — that there were lonely women in the city Back Then adds a certain retro grace to the fact that many still feel that way.